Till about 3 months back, I was a happy Ubuntu user. When I came to college however, I saw Jai, a fellow batchmate, swearing by Arch Linux and Vim and introducing them to me. So my path was clear. To understand the innards of Linux, it was now time for me to leave the cozy environs of my Ubuntu nest and dive into Arch. I set my mind on a dual-boot of Ubuntu with Arch.

But how? Partitioning by command-line was, but a scary, unfamiliar concept. I had never even dual-booted Ubuntu with Windows, which was possibly the most user-friendly dual-boot setup there is. Despite my apprehensions, I decided to dive right in, even better, at 12 in the night, I thought, “Hey, it shouldn’t take more than 2 hours right? I’ll go to sleep at 2 with a fresh new OS.”

Except, I was up till 4 in the morning with a wiped-out hard disk and the sleep wiped off my eyes.

How did events transpire the way they did?

For my setup, I followed this WikiHow article, since the Arch Beginner’s Guide seemed a bit verbose to a noob like me.

I rebooted my computer into the Arch USB installation. Little did I know it would be the last time I would see my original Ubuntu installation again.

I stared into the single dark command line, illuminating the darkness around me. It was 12 in the night, and the modem with the Ethernet connection was in my parents’ bedroom, where they were sleeping in the dark.

I followed the steps one by one until Part 2, where I decided not to do $ sgdisk --xap-all /dev/sda since I wanted to dual-boot Arch with Ubuntu. Before I started partitioning, my partition table looked something like this (not exactly): 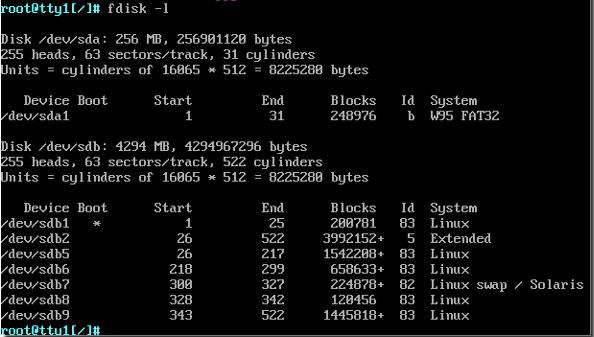 Then I followed Step 5 of Part 2 carefully, word-to-word, so that I did not make any mistake. 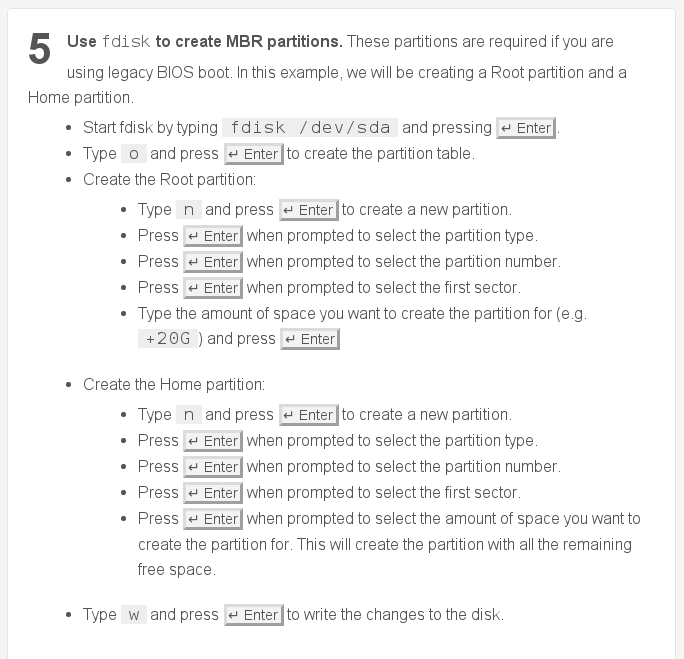 And I wrote all my changes onto the disk. In retrospect, not knowing how fdisk works and blindly following instructions, was the stupidest thing I’ve ever done.

What I just did finally hit me then. I went into panic-striken Google-mode, but soon realized that there was nothing more I could do. My original data was gone forever. I had managed to wipe my hard disk clean at 3 in the morning.

I dejectedly continued my installation so that I at least had a fully-functioning OS at hand. The rest of the installation was eventless, or rather, as eventless as it could be anymore.

The satisfaction of setting up an operating system from scratch however, was unparalleled.

tl; dr – Read up on partitioning tools before having anything to do with them. In fact, know what the hell are you doing before you screw around with serious stuff.

Resource list for fdisk:
How to Use Fdisk to Manage Partitions on Linux
7 Linux Fdisk Commands Examples to Manage Hard Disk Partitions